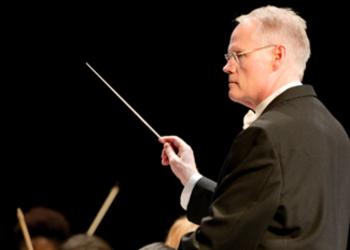 Dr. Peter Lemonds is currently Co-Director of Orchestras at Duluth High School. He has served on the curriculum writing committee for the Gwinnett County School of Science, Math and Technology and as chairman of the Fine Arts Department at Duluth High School and District 13 Orchestra Chair for the Georgia Music Educators Association.  As a performing cellist, conductor, and educator, Dr. Lemonds has enjoyed a varied music career. He has performed numerous concerts as a soloist and chamber musician in the United States, England, France, Italy, Austria, Germany, Switzerland, Mexico, and Korea. He was a finalist in the Dealy Awards Competition and winner of the Alpha Delta Kappa International Cello Competition. He was an Assistant Professor of Music at the University of Southern Mississippi and a teaching affiliate at Emory University, Agnes Scott College, and Bates College and was on the faculty of the Sewanee Summer Music Center. Dr. Lemonds has performed with the Atlanta Symphony Orchestra, the Atlanta Opera, the Atlanta Virtuosi, the Atlanta Pops Orchestra and the Atlanta Bach Ensemble. As a cellist, he has backed up such artists as Sarah Brightman, Smokey Robinson, Rod Stewart, Al Jarreau, Bob Hope, Bernadette Peters, Johnny Cash, Mary Chapin Carpenter, Dionne Warwick, Beyonce Knowles and Page & Plant of Led Zeppelin. In addition, he recorded “Georgia On My Mind” with Ray Charles for Georgia Public Television. As an orchestra teacher, Dr. Lemonds has directed the orchestra program for the Georgia Governor’s Honors Program, and has taught at the Lovett School, the Paideia School, Wheeler High School, East Cobb Middle School, North Gwinnett High School and Duluth Middle School. He holds a Master of Music degree from Louisiana State University and a Bachelor of Arts from the University of the South, Sewanee.  Dr. Lemonds received a Ford Foundation Fellowship for doctoral study at the Conservatory of Music at the University of Missouri, where he completed his dissertation, The Carl Flesch Violin Scale System: An Edition for Cello and received his Doctor of Musical Arts degree.   He received the Distinguished Educator Award from the Yale University School of Music in 2011 and was named the String Educator of the year by the American String Teachers Georgia chapter.  He has studied conducting with Robert Culver, William LaRue Jones, and Glen Block and his ensembles have been selected to perform at the Georgia Music Educators Convention in Savannah, Georgia five times and twice for the National Orchestra Festival, placing first in 2005 at Reno and third in 2007 in Detroit. The Duluth High School Chamber Orchestra has performed at the Midwest Band & Orchestra Clinic in Chicago Illinois in 2007 and 2014 and at Avery Fisher Hall in Lincoln Center in 2013, receiving top honors in the National Orchestra Festival.